Tips: Top 5 Foods For Your Hubby

We’ve got to take care of our Men!

So many men (my husband included) eat anything without much thought.  Let’s help them be super healthy and fit inside and out 🙂

Men who eat a lot of tomatoes, tomato sauce, or pizza smothered with the stuff may be giving themselves a hedge against prostate cancer. So say researchers at Harvard, who studied the eating habits of more than 47,000 male health professionals. They found that men who ate tomato sauce two to four times per week had a 35 percent lower risk of developing prostate cancer than men who ate none. A carotenoid called lycopene, which tomatoes contain in abundance, appeared to be responsible. But scientists were puzzled: tomato juice didn’t seem to have a protective effect. Other research showed why. For best absorption, lycopene should be cooked with some kind of fat. So pizza may be just what the doctor ordered.

Myth has it that oysters are the food of love. Science may agree. Just two to three oysters deliver a full day’s supply of zinc, a mineral critical for normal functioning of the male reproductive system. Scientists are divided over reports that sperm counts have declined over the last 50 years and that environmental factors are to blame. Nutritional deficiencies do seem to be the cause of certain cases of low testosterone. Getting adequate zinc is sometimes the answer (11 mg per day is recommended for men; more than 40 mg can pose risks). In one trial, 22 men with low testosterone levels and sperm counts were given zinc every day for 45 to 50 days. Testosterone levels and sperm counts rose.

A recent Harvard study finds that cruciferous vegetables, like broccoli, may protect against bladder cancer. It’s one of the most common cancers in this country, and affects two to three times as many men as women. Scientists analyzed the diets of nearly 50,000 men and discovered that those who ate five servings or more per week of cruciferous veggies were half as likely to develop bladder cancer over a ten-year period as men who rarely ate them. And broccoli and cabbage were singled out as the most protective foods.

If you want a healthy heart, spread your morning toast with peanut butter. Heart disease is the leading killer of men and women, but men fall victim at an earlier age. Researchers from Pennsylvania State University compared the cholesterol-lowering effect of the American Heart Association’s Step II Diet with a higher-fat diet based on peanuts. The AHA plan included more carbohydrates. The peanut regimen was 36 percent fat. After 24 days both diets lowered “bad” LDL cholesterol. But the peanut plan also caused a drop in blood fats called triglycerides and did not decrease HDL, the “good” cholesterol. The AHA diet raised levels of triglycerides and lowered levels of HDL. “Peanut butter is a little higher in fat,” says Penny Kris-Etherton, Ph.D., the lead author of the Penn State study. “But it’s the type that’s good for you — monounsaturated fat.” Researchers have predicted that the peanut diet could reduce heart-disease risk even more than could the AHA diet. Just don’t go nutty plastering on the tasty spread, since it is high in calories.

Until the age of 55, more men suffer from high blood pressure than do women. Research suggests that foods rich in potassium can reduce the risk of high blood pressure and stroke. The evidence is so convincing that the Food and Drug Administration recently allowed food labels to bear a health claim about the connection between potassium-rich foods and blood pressure. “There isn’t a dietary requirement for potassium,” says Kathleen Cappellano, nutrition-information manager at Tufts University in Boston. “But a good goal is about 2000 milligrams or more a day.” Watermelon, a rich source of this mineral, has more potassium — 664 mg — in one large slice than the amount found in a banana or a cup of orange juice. So cut yourself another slice and enjoy the taste of summer.

SALMON, SPROUTS AND SPUDS IN 30 MIN.

Hi Fit Moms! Click here to be directed to our…

Plant-based nutrition to maintain a healthy weight, protect bones and…

Continue reading...
4 Discussions on
“Tips: Top 5 Foods For Your Hubby”

This site uses Akismet to reduce spam. Learn how your comment data is processed. 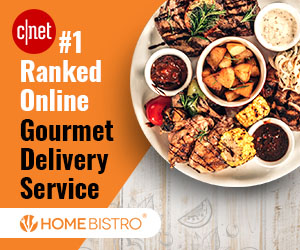 5-DAY TIME-SAVING HEALTHY MEAL PLAN & HOME WORKOUT
We respect your privacy and will NEVER share your data with a third party. We don't like annoying junk emails either.